Kate and Jennifer are award-winning, multidimensional filmmakers who bonded over being the food table hoverers at networking events. Others may schmooze; Kate + Jen sandwich. Their passion for food – and for their friendship – shines through in their short “Welcome to Doozy,” our 6th GO! Cartoon. I sat down with these very impressive ladies to discuss the bureaucracy behind imaginary friends, the importance of representation, and karaoke tea-time.

Sooo, how’d you two meet?
Kate: We met in film school at NYU, where we were in the same Masters program.
Jen: Kate took classes in animation – but I have no animation background, and, sadly, can barely draw…

What brought you together as collaborators?
Jen: We were paired in the same production group our first week of school, and became good friends.
Kate: We’ve since collaborated on each other’s class exercises, thesis films, and various arty things.

Partners in movie-making! What brought you to Frederator as a team?
Kate: I’ve always had an interest in animation. I love Adventure Time and Bee and PuppyCat. So when Natasha Allegri posted on her blog about GO! Cartoons, I told Jen we should ‘go’ for it.
Jen: We had – still have! – the concept for a full series prepared, so we actually pitched the show bible first and then reverse-engineered that into the short.

How did “Doozy” change throughout your development process?
Jen: A lot, actually. Lou is a Kitsune fox demon now – she started out as an eyeball with cowboy boots! But the concept was always 2 girlfriends, a la Broad City, having misadventures.
Kate: A little origin story: Ex (who has always been a rabbit) recently retired from being an imaginary friend. The Bureau of Imaginary Friends handles the re-adjustment of retired IF’s back into the imaginary world. So this is the story of Ex re-assimilating: finding a roommate in Lou, getting a job, and developing a crush on her coworker Skeletim.
Jen: Skeletim stayed really consistent since the pitch – Eric (Homan, our VP of Development) always really liked him. We joke that Eric only stuck with us because of Skeletim.

How much are Ex and Lou based on you two, and who’s who?
Kate: It’s a bit of a mix…
Jen: But I’d say I’m more Ex, almost by default – just because Kate is so much more like Lou.
Kate: I AM the mischievous one.
Jen: And I’m the more… straight-laced one? I guess that’s the way to put it. Although! Kate is the one who does martial arts, like Ex.

What themes recur in your work?
Kate: There’s always hopefulness in mine. I’m interested in outsiders, and finding whimsy and humor, even when things look bleak. I enjoy working in mediums where I can create wonderment. Like right now: I’m learning magic!
Jen: I care a lot about representation and grounding stories in the realities of human relationships. The feature film that I’m developing now is inspired by my relationship with my sister. And with “Doozy”: it’s very specific to Kate and my identities as Asian Americans.
Kate: Like incorporating the bento box, and the influence of Japanese anime and manga, of which we’re both fans. We were definitely inspired by Hayao Miyazaki’s way with food.

❀ A happy lil side note: one of the most popular Youtube comments on the short reads ‘A lot of people won’t know what a bento is but thanks to you, now they do!’ ❀

Jen: And we were conscious of the fact that most buddy comedies are about male friendships. We wanted to show girls being silly together and represent female friendship as it really is.
Kate: That’s why Broad City was such an inspiration and even a motivator for “Doozy”. We were like ‘Ok, people do want to watch this.’

I read recently that Broad City’s viewership is split almost evenly male/female – it’s actually something like 55/45, with more men watching than women.
Kate: What? That’s awesome.
Jen: It just goes to show that it all comes down to good comedy and strong characters. I’m actually about to have a baby boy which has made me think about the types of stories that I’ll read to him as he grows up. I’ve been thinking of some of my favorite YA books with female protagonists like Anne of Green Gables and A Wrinkle in Time… it’s important to me that he’s able to identify and empathize with female characters. The only reason that boys “wouldn’t be able to” as people say, is if they learn socially that they shouldn’t.

What are some cool things we’ll get to see if “Welcome to Doozy” gets a series?
Jen: Well, let’s just say there are some nefarious happenings in Ex’s office…

Gasp! Not Mrs. Hugs!
Kate: Nah, not Mrs. Hugs. She’s a true office drone, doesn’t know what’s really up.
Jen: We’d also backtrack, to show how Ex and Lou came to be friends and roommates.
Kate: And we’d get to introduce their pet popsicle, who lives in the freezer.
Jen: And we’d get to see Lou working her job at a run-down mini golf course. She schemes and ~magics~ to keep it afloat.
Kate: There’s an underlying mystery, and it’d be a lot of them screwing up while trying to investigate it.

What sorta stuff do you guys like to do together – any wild adventures?
Kate: Actually, yes. We try to take a road trip together every year. So far we’ve done the Badlands, the Southwest, the Midwest, the South and New Orleans.
Jen: Admittedly, the Midwest was probably the most boring… not to knock where I’m from. But here’s a story: when we were in Nashville – the biggest music town – we quickly realized that karaoke is different there and that everyone getting onstage was a pro or semi-pro country singer. And then Kate got up –
Kate: I didn’t know any better.
Jen: And sang an Amy Winehouse/Mark Ronson cover amid all this country music. Truly the new kids in town. And the audience TOTALLY ate it up! They loved it.
Kate: We karaoke together a lot. Sometimes we rent a room for just the two of us… during the middle of the day… one might call us enthusiasts.

What cartoons do you guys like?
Jen: Well, Kate and I have wildly different tastes. But we both love Adventure Time and Rick and Morty.
Kate: And we share 90s cartoons, like Dexter’s Lab, Daria, and Invader Zim –
Jen: But Kate likes things like Ren & Stimpy – which is too grotesque for me…

What about your favorite Studio Ghibli film?
Jen: Spirited Away.
Kate: My Neighbor Totoro.

Last up: what are you working on now, and what’s your favorite thing you’ve made in the past?
Kate: Favorite film I’ve made is “So You’ve Grown Attached” – “Doozy” inherited elements from it, like the imaginary friends, and the name ‘Ex’.
Jen: I’m really focused on getting my feature financed right now, which we want to shoot this summer.

Oo-ooh! What’s it about, and who’s the star?
Jen: The film is called You and Me Both and we have Constance Wu from Fresh Off the Boat as one of the stars (me = !!). It’s a drama with comedic notes about two sisters, one a struggling heroin addict, who take a road trip to find their birth mother. While it touches on some heavy topics like loss and addiction, it’s ultimately a love story between sisters… so if anyone is looking to finance a film, hit me up! As far as favorite work… I don’t know…
Kate: What about “Saeng-Il”? (“Birthday” in Korean)
Jen: Okay, “Saeng-Il” then.

And Kate, what are you working on?

Kate: Eeeerrrrrr….
Jen: C’mon! Your feature!
Kate: Okay, yeah, I’m working on a feature too. It’s a drama-comedy about a teen delinquent who teams up with a struggling party magician to battle her inner demons, strained home life, and avoid reform school. If anyone happens to know anyone who knows Catherine O’Hara – I’ve got a part for her.

You heard it here first, folks. Let’s snag financing for “You and Me Both” and Catherine O’Hara as Kate’s lead.

Thanks for taking the time, Kate and Jen! Great chatting with you, and best of luck on all of your projects. Can’t wait to see ‘em on the big screen (and also, little screens). 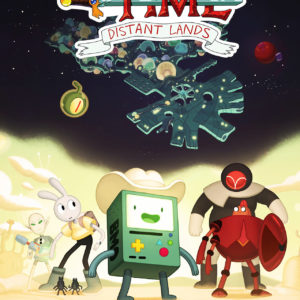