What’s New Catbug? Quite a lot from Frederator, as you’ll see from the Deadline Hollywood… 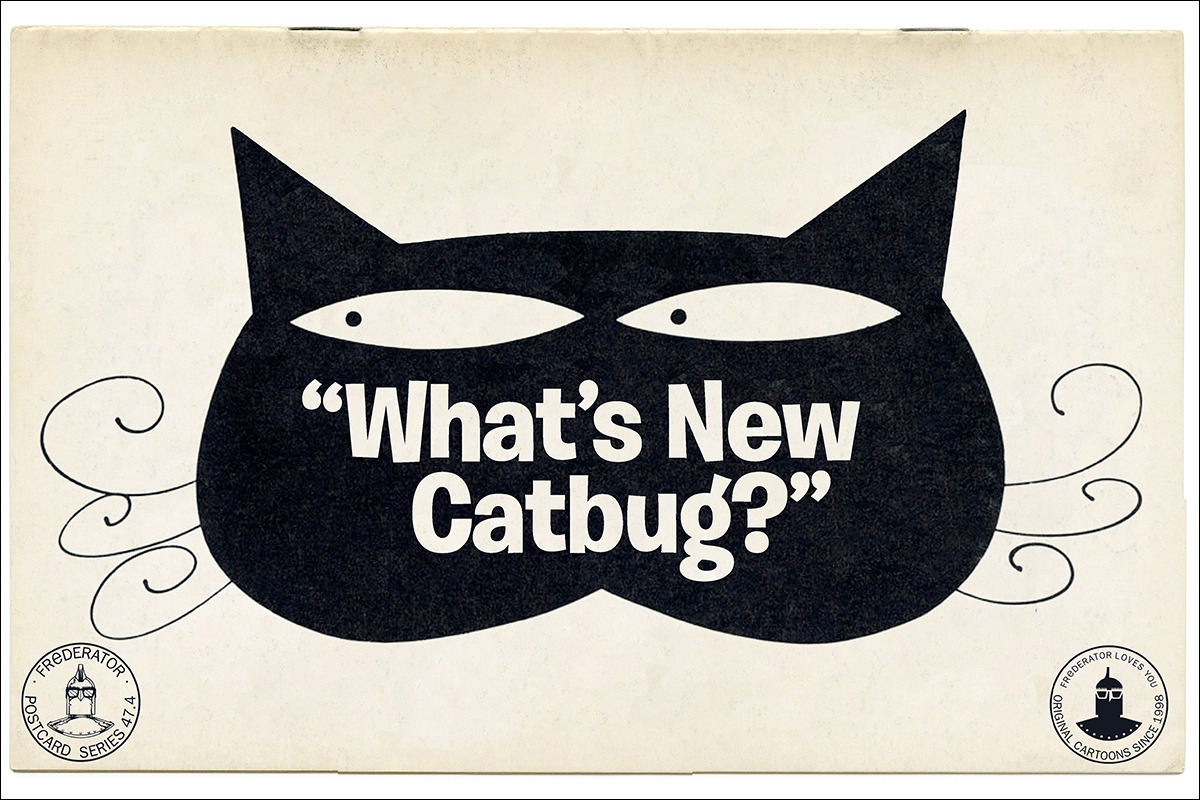 Quite a lot from Frederator, as you’ll see from the Deadline Hollywood article below. And enough to demand a new limited edition postcard.

The company has begun shopping a Catbug series to streaming
and linear networks, planning to supplement it with a social networking
plan, short-form animated videos, e-books and web comics.

The title character was created by Breehn Burns and featured in the Frederator digital series Bravest Warriors, which is run by Burns. More than 25 million views and 400,000 likes have been recorded on Bravest Warriors
videos starring Catbug. On TikTok, the character has garnered 135
million views, while GIFs on Giphy.com featuring Catbug have racked up
200 million loops.

In addition to Adventure Time for Cartoon Network, Frederator’s credits include Castlevania for Netflix and Bee & Puppycat for
YouTube channel Cartoon Hangover. The studio was founded by Fred
Seibert, an animation specialist whose early career was marked by
pioneering executive posts at MTV and Nickelodeon as both networks
emerged as major pop-culture forces.