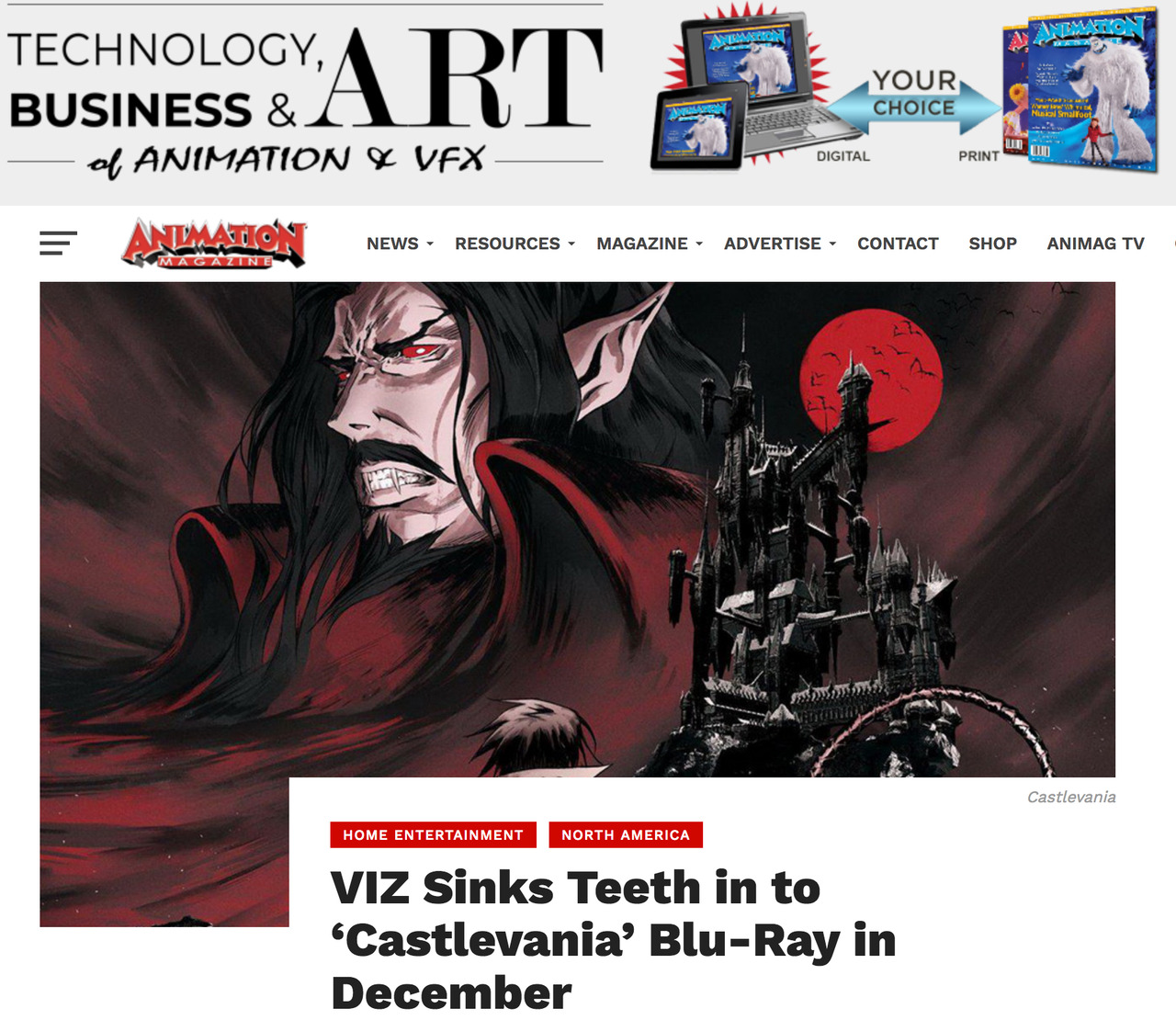 VIZ Sinks Teeth in to ‘Castlevania’ Blu-Ray in December

Good news for fans of Frederator Studio’s hugely popular
animated Castlevania series. VIZ Media has announced preorders for the
home media release of the first season of the show. The four-episode
first season of Castlevania was a big hit when it first streamed on
Netflix last year.

Bonus features include on-disc storyboards and art galleries for both
the BD and DVD. Exclusive Blu-ray extras include the sketch
art-to-animation animatic sequences of the series’ most exciting
moments!

Inspired by the classic video game series, Castlevania is a
dark medieval fantasy following the last surviving member of the
disgraced Belmont clan, trying to save Eastern Europe from extinction at
the hand of Vlad Dracula Tepes himself. In Season 1, Trevor Belmont,
embittered and excommunicated, finds himself drawn into a battle for the
survival of Europe — a region that has brought doom upon itself by
taking away the one thing its greatest monster loved.

“With its dark, multi-layered storyline filled with
demons, magic, and action, Castlevania has established itself as a
series that adeptly expands the original premise of the classic video
game,” says Brian Ige, VIZ Media’s Vice President of Animation. “We look
forward to the series being a highlight on many fans’ holiday wish
lists this season.”

Originally slated to arrive this past summer, the second season of Castlevania
(which will have eight episodes) will debut on Netflix in the next few
months. A third season of the show has already been greenlit.