fred-frederator-studios: Max Fleischer was one of cartoon’s greats, so he is the second in… 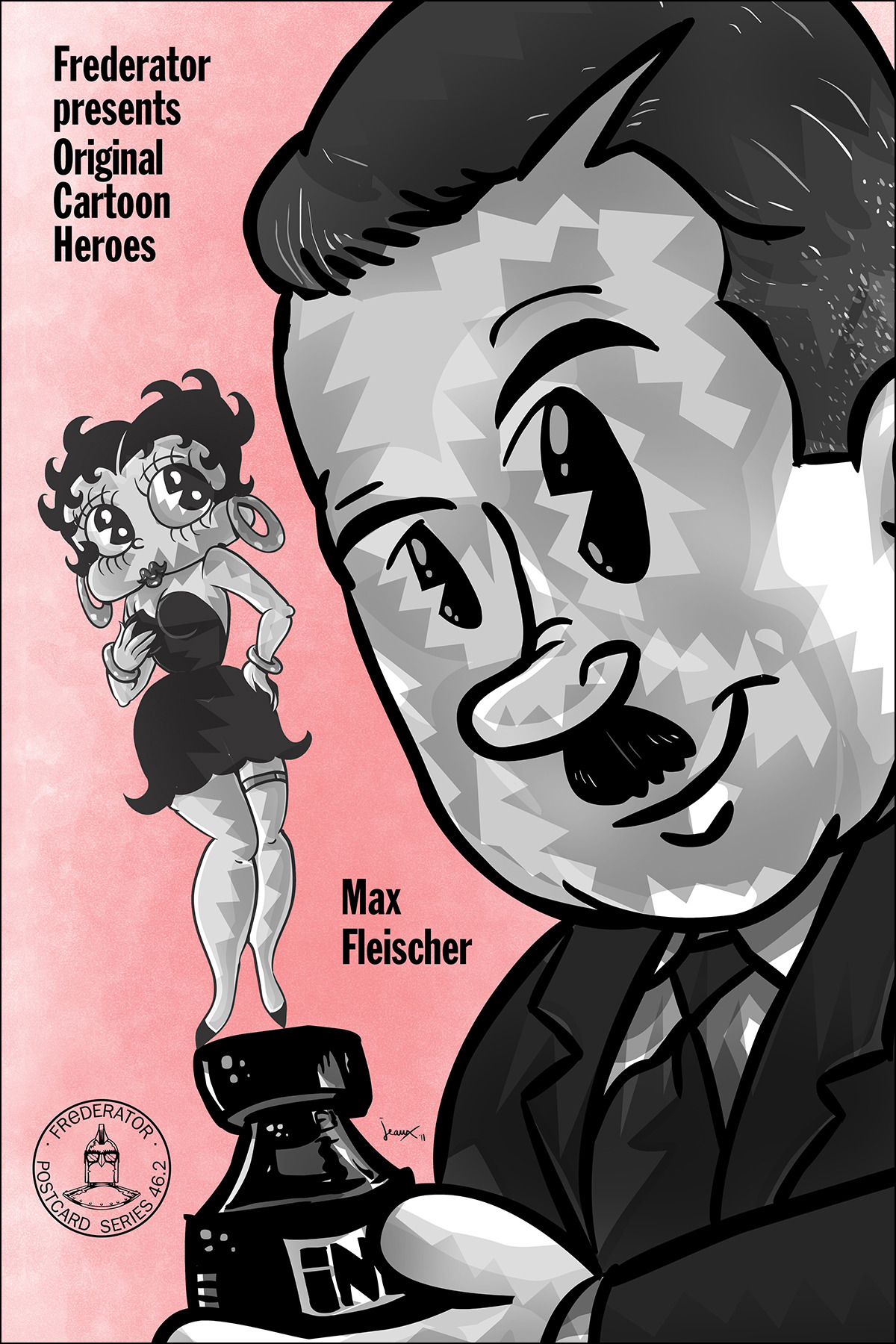 Max Fleischer was one of cartoon’s greats, so he is the second in our limited edition Original Cartoon Heroes. His best work was innovative, outrageous, and stunning, if a bit out of favor to 21st century tastes. But if you only look at the affect of just Betty Boop, Koko the Clown, and Popeye the Sailor, three of his best known series, you know what I mean.

And for many, of course, there’s the sheer majesty of the first animated Superman series, which has been the model for everything from Batman the Animated Series to the modern sets of Supe’s animated movies.

For me, aside from my abiding love of the original Popeyes (yes, I know Olive Oyl is hopelessly stuck in a pre-me-too universe), it’s the rubber-hose-ness of so much of the Fleischer Studio’s work that became hopelessly déclassé after Disney and Warner Bros. had the nerve to discover actual anatomy in cartoons. But I look at the stuff and aside from it’s downright silliness, in 2018 I just see Adventure Time over and over again.

Read up on Max, it’s worth it.